Their old website was no longer fit for purpose and did not reflect AH&P’s prominent position within their industry. Although informative, the old site took a passive approach and did not actively seek to convert users from key audiences using relevant calls to action. The new site showcases AH&P through engaging content and photography and clear user journey’s for their key demographics

Once we gained a full understanding of AH&P, their business goals and the overall marketing strategy we will began the process of creating the new branding. It was to be an evolution of their existing branding, rather than a new completely new visual identity. The old branding was inconsistent in font and colour. It was agreed that the two arrows, the recognised logo for district heat, and a sun needed to be incorporated into the new branding. We presented three distinct logo variations to AH&P, with different sun shapes, colours and fonts.

The final logo has a touch of orange, which was seen as warmer and more welcoming than the red. The rising sun represents heat rising. The font chosen is soft, also bringing a welcoming feel. Alongside the fully written logo, another was designed with AH&P’s initials.

There are black and white versions of the logo allowing it to be used on varying backgrounds, and with and without the strapline.

The new branding is flexible and modern allowing it to be used anywhere from an app icon to a hard hat. A full set of brand guidelines was provided. 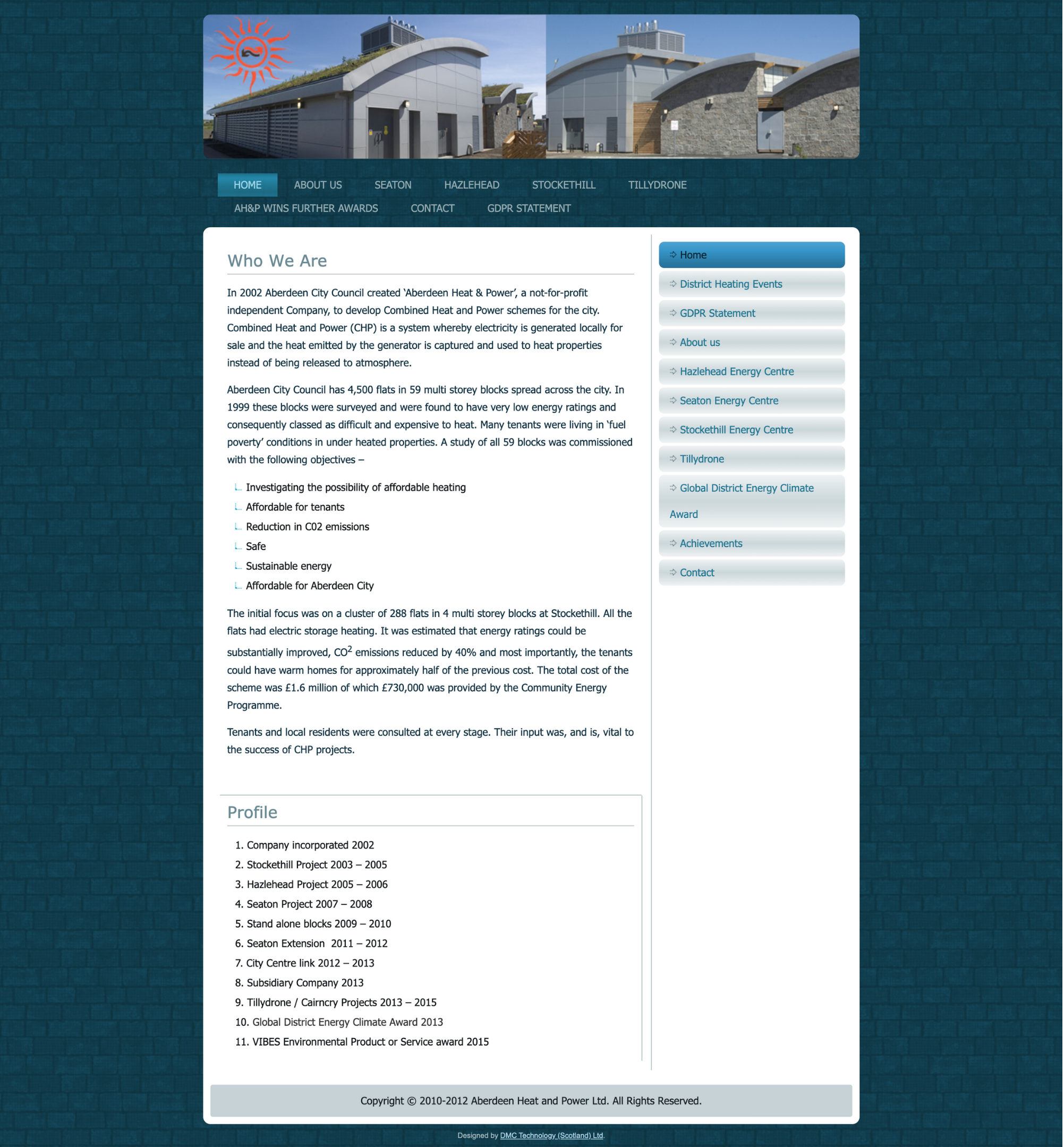 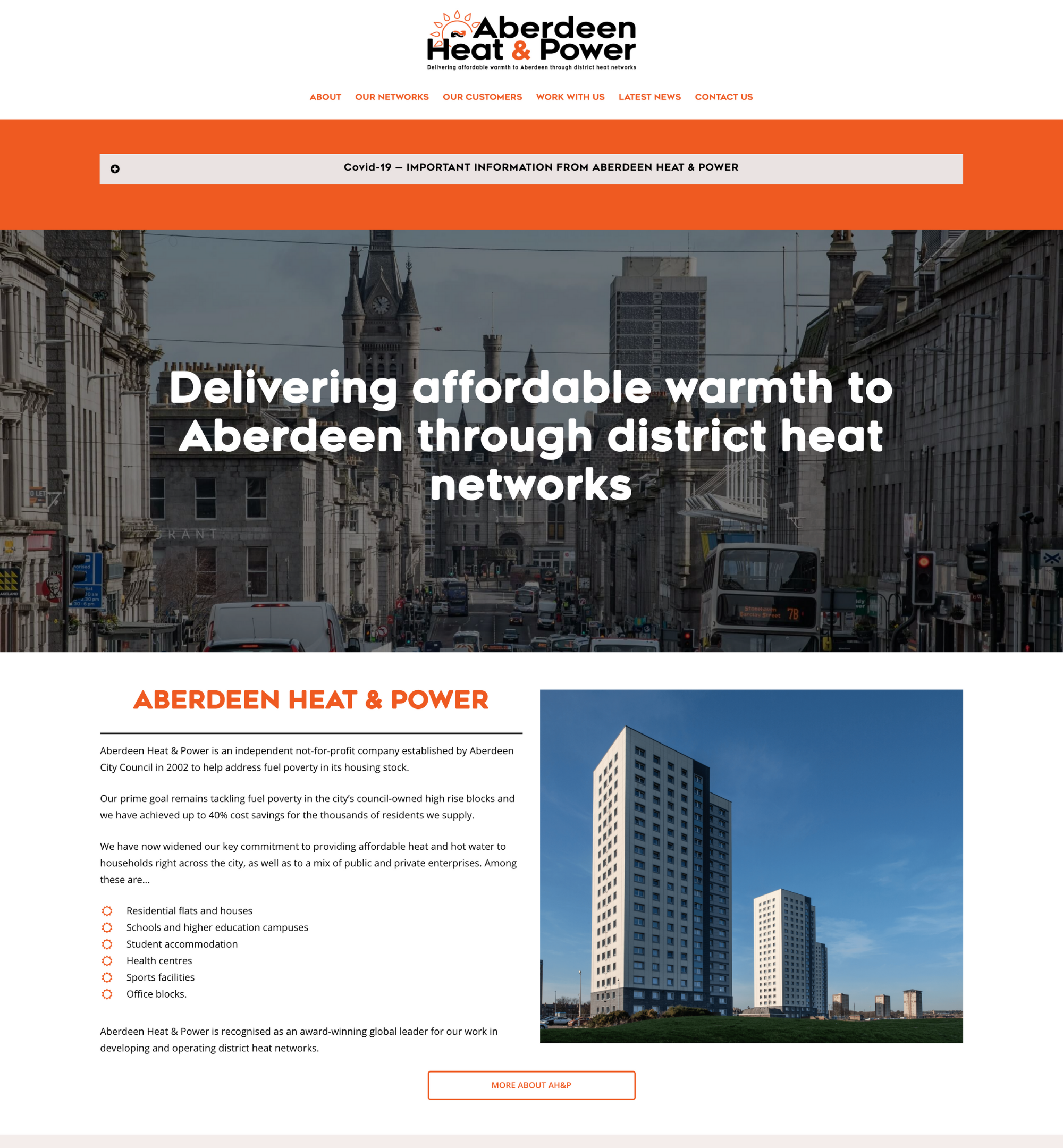 User experience was at the forefront of the design process. There were three clear user pathways: those living in buildings supplied by AH&P’s grid, businesses who could potentially work with AH&P and public buildings. It was vital that AH&P’s key messaging ran throughout the site, with a strong focus on AH&P being not-for-profit.